In these countries is eaten the most delicious food

Wherever you go, you’ll want to find at least one culinary specialty that will help you better understand the local culture. 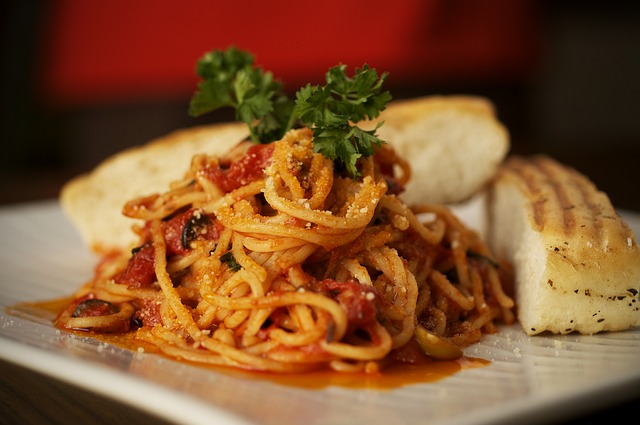 At the crossroads of India, China and Oceania, Thai cuisine has taken the best techniques and ingredients from the other three. The dishes used a lot of garlic and chilli. In addition, common foods are lemon juice, coriander and lemon grass, which gives Thai cuisine a distinctive tang. In addition, widely known their fish sauce and shrimp pate.

From olives to octopus. A true taste of Greece is a blend of freshness and purity. The taste is not masked, especially when it comes to homemade bread, fresh tomato and fish just taken from the sea. The noon meal is the main event with that going down a treat. Wednesday and Friday are traditionally labeled as the days without meat.

Chinese cuisine is one of those which most suits your palate. The cultural policy of yin and yang, or balance and harmony, is also visible on the plate. This includes cooling foods like fruits and vegetables that will blend with hot spices and meat. The Chinese prefer rice, but noodles are very close. These are the two ingredients that will complement almost any meal. There are also a number of regional dishes that have been created under the influence of history and geography.

In Mexican cuisine is the most visible impact of the Spanish, then the French and African cuisine. Since foods are especially prominent corn and beans, that Mexicans are stored in many world famous ways.

Cheese and champagne to snails and famous French buns, so-called baguettes. French cuisine is characterized by a wide selection of foods. Each region has its own specialty. The French believe that the main lunch meal, although the dining marathon that lasts up to two hours less and less. Crown meal is dinner saved at home consisting of six dishes.

Catalan cuisine is full recognition of gourmets worldwide. Like other regional cuisine Spanish and Catalan cuisine favors saffron and cumin, as well as honey. The mixture of ingredients and traditions gives the flavor of the food in Barcelona: prepare seafood and dishes with a variety of rich sauces. Dinner is the main event, but never before 21 hours.

Italians food is clearly the best export product and with good reason, because the world wants. Despite all the regional differences there are some common culinary links. This is primarily related to pizza, pasta and risotto. As for the drinks, there’s coffee in the first place.

Indian cuisine is changing shape. In the south, rice is a staple, and in the north Indian Chapati or muffins. Most often served with a thick soup of legumes or lenses, vegetables and sauces from coarse-chopped vegetables. Fish and meat are also included in the diet. Dishes usually abound with exotic spices.

In Japanese restaurants, specialty stores are sashimi (raw fish), jakimono (dishes from the grill, usually chicken and beef), and bars with pasta. The pinnacle of Japanese kaiseki cooking or tea ceremony.

This cuisine is a blend of Chinese, Portuguese, Indian. The colonists and traders have left their mark on cooking and food. These are the nations that are most famous for their food. Plenty of rice is characteristic of the region with fertile terraced landscape. Spices resemble the trade and invasion, and fiery chili as it reflects the passion of the population. Their kitchen is not complicated, and the flavors are separate and simple.