From the 12th week of pregnancy, pregnant women are recommended moderate physical activity so they can easier bear and give birth. 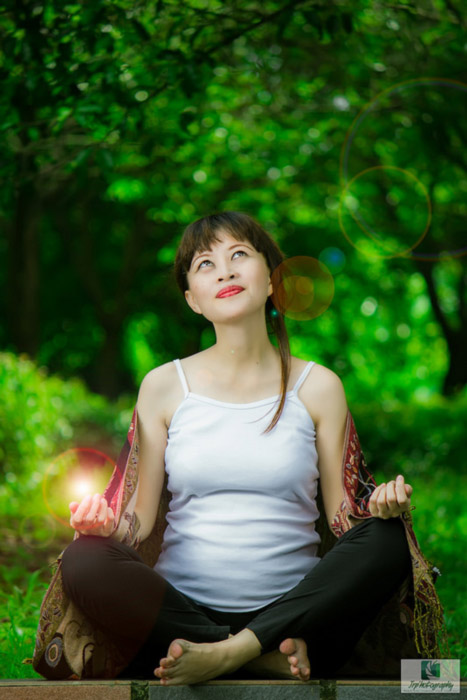 If there are no health problems that could affect the pregnancy if the cervix slightly closed and no contractions, exercise during pregnancy is allowed. A woman can exercise throughout pregnancy, but to avoid activities that involve jumping until the placenta is not secured to the wall of the uterus. As the first trimester of the most sensitive period, it’s suggested that pregnant women take exercise after the age of 12 weeks of pregnancy.

There are no special exercises for pregnant women, but in terms of those that are usually practiced, but are tailored to the performance during the periods of pregnancy, so it knows what to do in the first, second and third trimesters.

Exercise program for pregnant women must include exercises to increase hip mobility, better circulation of the legs and arms, increased lung capacity, strengthening the abdominal and pelvic floor muscles, to prevent and reduce problems that occur during pregnancy and after childbirth.Special programs such as yoga for pregnant women, pilates for pregnant women or in our less-known program Alexander technique, largely include these exercises.

The exercises are even recommended for pregnant women in order to raise the level of general fitness. Physical fitness is important and after childbirth for a speedy recovery to the mother and better care of your baby.

It has been statistically proven that moderate physical activity two to three times a week for 30 to 45 minutes are good for a pregnant woman and her baby during pregnancy, shortens the duration of labor and speeds recovery of women.

From the fourth month to the end of pregnancy can not be practiced in a supine position for more than five minutes because of the pressure of the uterus on the large blood vessels could cause a collapse. Pregnant women can practice until the birth if she feels.

Exercises are adapted to periods of pregnancy so that it does not work the same in the second and third trimesters. As the due date approaches, the emphasis is on strengthening the muscles that are used in the stage of straining, ie. the birth of the baby.

If, however, woman is not moving during pregnancy and do not engage in any physical activity, it is difficult to set out pregnancy and childbirth will be a huge physical effort.

This may lead to a situation that it can not be completed without intervention naturally. Long and hard will recover and will not be able to properly deal with their baby. Most women who are physically active during pregnancy fails to return to its former appearance, despite the subsequent exercise.

Effects of exercise
– It is beneficial to pregnant woman and her baby during pregnancy
– Reduces the duration of labor and speeds recovery women
– Accelerates blood circulation
– Breathing is actively
– Rising levels of confidence, a woman feels ready for delivery

Previous: Madonna’s diet for slimness
Next: How to keep blood pressure under control without medication