An interesting idea that you try to ride snowboard, but have not yet decided definitely. It looks so different from skiing, to think that you’re a skier provides benefits to learning to ride a snowboard. 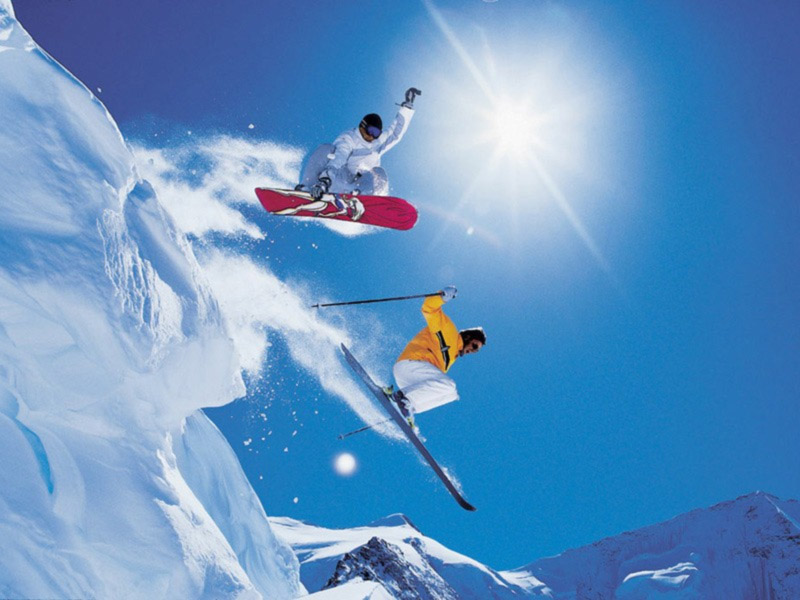 The answer is – yes! As a skier, at skills that can be applied directly to the ‘board’. Already you know the feeling of maintaining balance while driving down a snow-covered slope. You are not afraid of downhill and you know how to adjust to changes in terrain and conditions on the track.

Your new board is designed to rotate with a minimum of physical resistance. Drive on the edge of the board, forcing the obedience to turn around in mild arches, gives the same satisfaction as well as alpine skiing.

Of course there are differences between the two sports. The most important is obviously positions. Stand with both feet on one board and be placed sideways to the direction of movement required to learn a new technique of movement. For example, if the turn or stop, press the edge of the snowboard using thumbs and heels, and not by their feet as in alpine skiing.

Therefore, pressing the edges and balancing, it is much more important from the very beginning because when your feet are secured in a harness, you can not switch from one foot to not use rods. Also different is the fall. Skiers on a snowboard tend to fall forward or backward, unlike skiing on two skis, bindings which are separated during the fall.

In the beginning you may feel trapped. But if you’re like most of these racers, you will begin to appreciate the fact that your bindings undoes only when you want it. So, what are you waiting for? Enter a course in one of the ski centers and try something new. Because of this, many boards have already abandoned the traditional way of enjoying the snow.

Previous: Exercise is mandatory before skiing
Next: Fruits and vegetables helps in the prevention of asthma