See the secret for delicious soups

At first glance, cooking soup seems very simple – in the pot are inserted vegetables, meat, salt, lots of water and put to cook, but are you sure that this is the best recipe for a delicious soup? Believe it or not, but for the cooking of soups there are certain tricks that will make it so delicious that it will become a favorite. 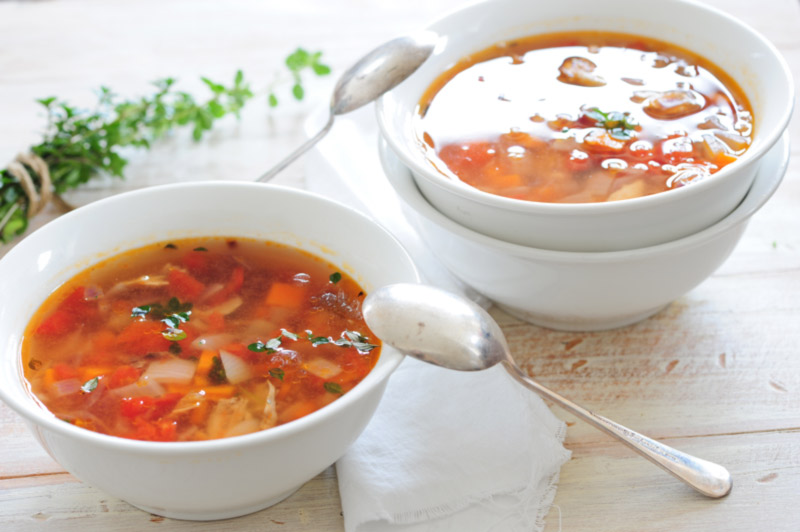 To cook your best pot of soup, avoid these five common mistakes.

One of the basic errors let the soup that really cooks. Strength cooking should be such that during the boiling process at the surface every few seconds there are one or two bubbles. If you strongly cook soup, and not let it gently simmer, meat and vegetables will be dry and overcooked.

You are not adding sufficiently salt

Nothing is as important as a good relationship spices. During cooking, be sure to try what it tastes the soup, and prefer to specify your own senses rather than prescriptive.

Avoid immediately at the beginning of the pot to put vegetables; some vegetables will overdo and become soggy. Instead, prefer the pot gradually add the vegetables, depending on how much time you need to cook. In this way, the soup will be delicious, and the vegetables are cooked exactly as it should be.

You add the tomatoes right at the beginning of cooking

It is not recommended to add tomatoes right at the beginning of cooking. Tomatoes are best if added in the last 20 minutes of cooking, when all other ingredients but in the end with the cooking.

Ignoring the power of spices

Fresh herbs, freshly ground pepper, a little grated Parmesan cheese and crunchy croutons are the best way to improve the taste and texture before serving. With a soup of lentils or peas doing great balsamic vinegar or a few drops of lemon juice. Other accessories are great small amount of yogurt, sour cream, roasted pumpkin seeds or spoon pesto sauce.

Previous: Tips on how not to gain weight during the holidays
Next: Hot oil treatment for beautiful hair