Don't Miss
Home > Food and Recipes > Amazing facts about watermelon: The effects of viagra, recovering muscles, and there is a yellow version!

Amazing facts about watermelon: The effects of viagra, recovering muscles, and there is a yellow version!

This fruit is important in the body for many reasons, and one of the strongest is rehydration and lycopene, which is excellent in the fight against serious diseases 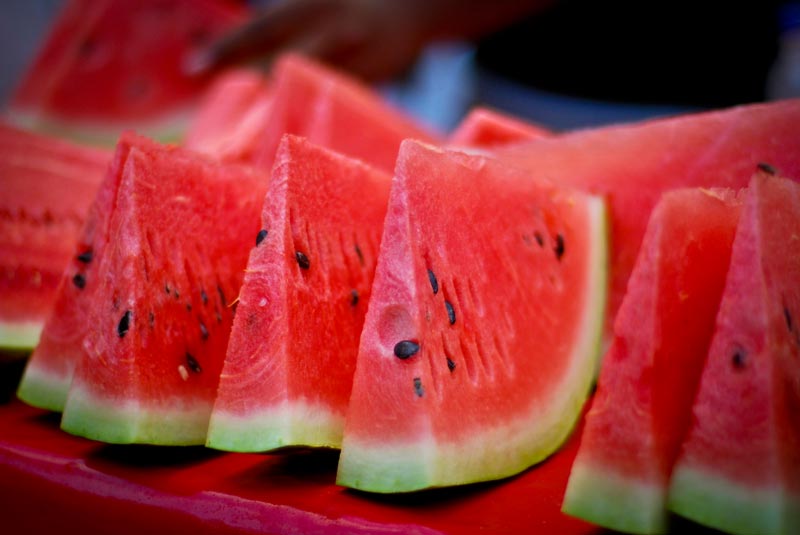 Nothing is like a watermelon on hot days when we cry out for cool. Maybe it’s because of its refreshing, sweet taste, and perhaps even because of its strong red color that looks so appealing on the plate.

However, watermelon is much more than a tasty, summer refreshment: it is very rich in substances that please the body. With only 46 calories per 150 grams, watermelon offers as much as 20 percent of the recommended daily intake of vitamin C and 17 percent of vitamin A. That’s not all.

Watermelon is rich in dietary fiber, which are excellent for digestion, such as potassium, a mineral that regulates blood pressure.

No wonder that even a month dedicated to the miraculous fruit: July is declared a national watermelon month!

And that’s not all. Here are some interesting facts that will make you a watermelon celebrate in the same way and consume more.

At only 150 grams, watermelon is even 1.5 times more nutrients than a large, fresh tomato, namely 6 milligrams of lycopene in relation to four of the tomatoes. This is very important because lycopene is a powerful antioxidant that prevents free radicals that damage cells and disrupt the immune system. Some studies have indicated that lycopene, especially from fruits and vegetables, can help fight heart disease and some cancers.

A study conducted in Spain came to the conclusion that if you drink the juice of watermelon, you can soothe your muscles and recover after strenuous exercise. Athletes who consumed a little more than 450 ml watermelon juice before training had less fatigue in the muscles and lower the heart rate throughout the day.

This is perhaps because watermelon contains a natural substance called citrulline, which is associated with improvement in arterial function and lower blood pressure. In fact, its ability to relax blood vessels have led scientists at the University of Texas to conclude that watermelon has a similar effect as Viagra! However, citrulline is slightly below the juicy, red and more content enters the watermelon rind, but do not forget that part of the crust very edible. The dual nature gave her watermelon rind is edible, so there’s no excuse to throw anything! 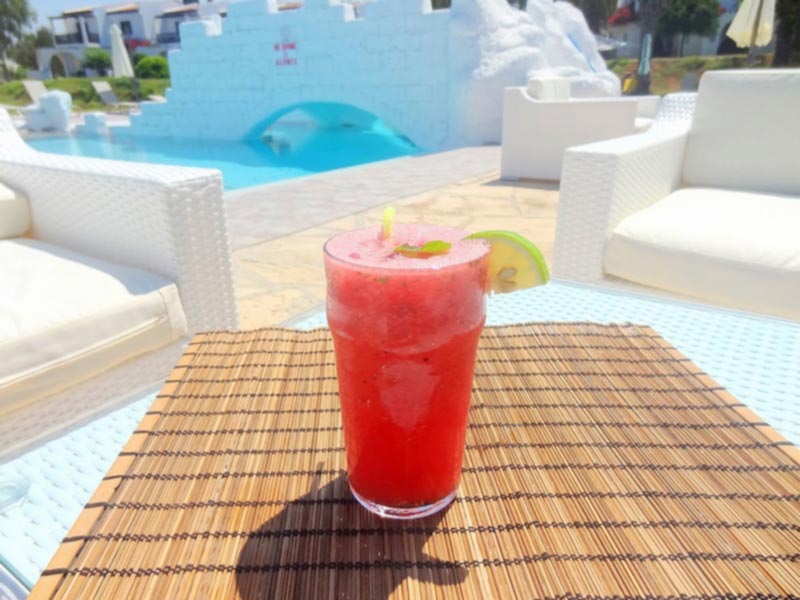 Like most fruits, watermelon is a product obtained by planting and striking for its sweet taste. However, watermelon is a relative of squash, zucchini and cucumbers – all together belong to the family “Cucurbitaceae”, which makes it the vegetables.

There is a yellow watermelon

We know it is difficult to believe that there is a watermelon that is not red, but trust us, there! It’s kind of a watermelon called “Yellow Crimson”, whose interior is yellow and tastes sweet and reminiscent of honey. It’s hard to make a distinction because they are externally identical. We still do not know whether one healthier than the other, because most of the studies done on red watermelon.

This fruit has great power of hydration – even 91.5 percent of watermelon is water. This is great, since we know how dehydration bad for health. The study found that women who have even mild levels of dehydration suffer from headaches, poor concentration, fatigue and changeable moods.

Do you need another reason? Bring it on juicy watermelon!

Previous: Drink for burning fat
Next: Beat Cellulite: Make a yummy and healthy smoothie for breakfast