Don't Miss
Home > Health and Happy > With chocolate against cough!

With chocolate against cough!

This news will delight all chocolate lovers! The sweet treat helps in calming the cough – according to a survey of the British national health service. 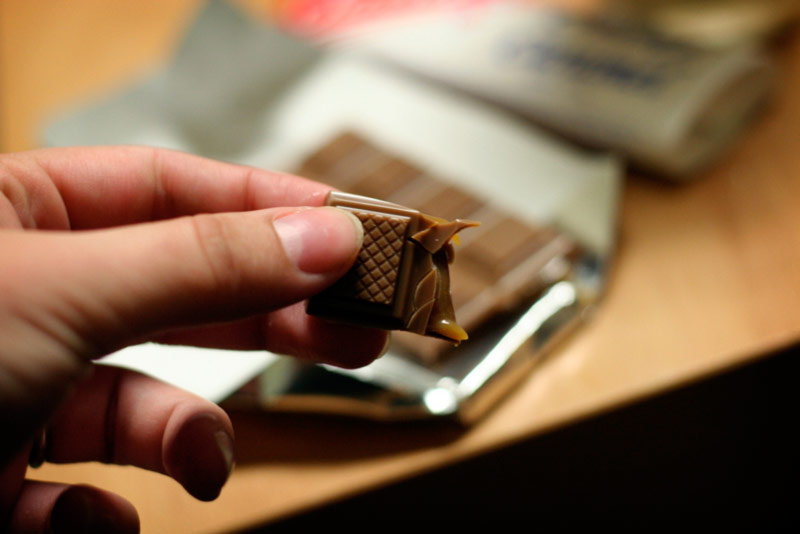 The study included 300 Britons with extensive problem of dry, cough, and were treated with a bitter alkaloid of cocoa – theobromine. The treatment lasted 14 days. The daily dose of theobromine, which have been subjected to the patients was 1000 mg, and the results showed reduction in cough in 60 percent of patients.

In another study, conducted by the National Institute for Heart and Lung discovered that theobromine blocking effect sensors in the brain that can induce coughing. Blocking the sensory nerves stops the cough reflex.

Except in chocolate, theobromine is found in other food preparations containing cocoa, and tea leaves. The amount of theobromine in cocoa powder varies from two to 10 percent.

Theobromine is used in modern medicine since the early 20th century, used for lowering blood pressure.

In addition theobromine, chocolate is also an important source of phytochemicals, antioxidants and polyphenols, which have a range of positive impacts on human health.

Still, chocolate is not a permanent solution, since there is a high probability that the cough returned after the end of “chocolate therapy”.