Don't Miss
Home > Food and Recipes > What food should be avoided in restaurants?

What food should be avoided in restaurants?

This is the food that you should avoid in restaurants. We are providing you the number of calories per each dish so you can make healthy choice. 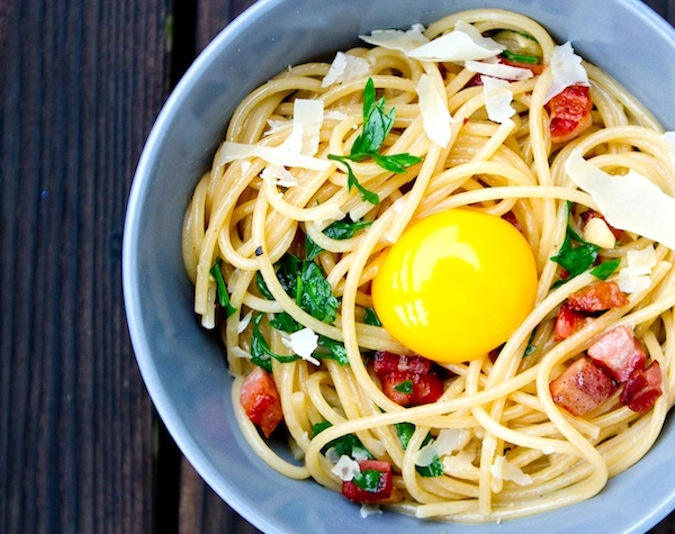 The word salad here plays a major role. But behind the scenes there is often a fried chicken, greasy sauces and cheese. This salad has the same calories as potato chips or a bowl of ice cream. Salad can contain more than 25% fat.

This restaurant dish is extremely popular in America. If you want to eat such a meal, make sure to be for breakfast or the first part of the day to get to the end of the day to spend at least part of the calories. In fact, this dish has enough calories for the whole day, is rich in saturated fats and sodium.

Chicken fajitas seems like a healthy choice, but it is often served with a bunch of cream, cheese, baked beans and fried rice. Eat everything, waist you will be grateful. Instead, choose grilled peppers, onions, chicken and fresh salsa. Also, limit the amount to one tortilla.

Often we eat Chinese food because it’s delicious and seemingly healthy. Do not kid yourself. Vegetarian fried rice can be very calorific. Instead, choose dishes with lots of vegetables and brown rice, preferably steamed. Eat a maximum of half a cup of rice and ask to put the sauce on the side.

Roast chicken can be a good choice, but not if it is soaked with carbonara sauce. Pasta with chicken in a carbonara sauce can be extremely unhealthy. Such a ration contains more calories from 5 to 6 donuts with sugar.

Pizza with sausage can be a serious problem. Only one piece of pizza can satisfy all daily need of calories. Can you resist the pizza, choose one without sausage and with a thinner dough.

Even with turkey or chicken can pose a ton of calories and saturated fat. Wondering where to hide those calories? The bacon, cheese, pastries and sauces often contain cream or mayonnaise. Do you want to eat a sandwich, choose a simple version of a turkey, vegetables and a few slices of avocado.

Do you think it’s okay to eat some French fries, but you are wrong. One large french fries can have more calories than a whole white bread, with more unhealthy saturated fat. If you can not imagine life without French fries, choose small potatoes and you’ll save 788 calories.

Eat better: ask about how to prepare foods

Preparation makes a huge difference. Baked fish with herbs, vegetables and lemon juice gives very little calories and fat. Other methods of preparing healthier foods include grilled dishes from the oven, boiled in water or steamed.

Skip abundant food with restaurant’s menu. Rather choose smaller portions or several appetizers that you could share with someone. Go for fruits for dessert.

If you order at fast food restaurants, choosing children’s portions. Instead of large portions of hamburgers, french fries and juice, choose a children’s menu, which contains up to 800 calories less.

Most restaurants put on the table bread or snacks, so before the main meal often bring hundreds of extra calories. Ask the waiter to remove unnecessary foods from your desk.

Pasta in cream sauce is extremely unhealthy. This pasta is packaged in fat, calories and cholesterol. Instead of white and cream sauce, opt instead for a red sauce shells, sauce without meat, primavera sauce without cream, marsala sauce with wine instead of butter.

There are a few simple ways you can reduce your intake of calories and fat when it comes to pizza:

Fresh fruit is available in many restaurants, even in fast food chains. If the fruit is not listed under the desserts, check attachments, or create a separate order.

Previous: How to prevent and stop the weight gain?
Next: Why the child needs sleep?