Don't Miss
Home > Food and Recipes > Myths about soy broken: An excellent source of protein and reduces the risk of breast cancer!

Myths about soy broken: An excellent source of protein and reduces the risk of breast cancer!

Soy is an excellent prevention of prostate cancer for men, but it’s not recommended to replace meat with soy in various products 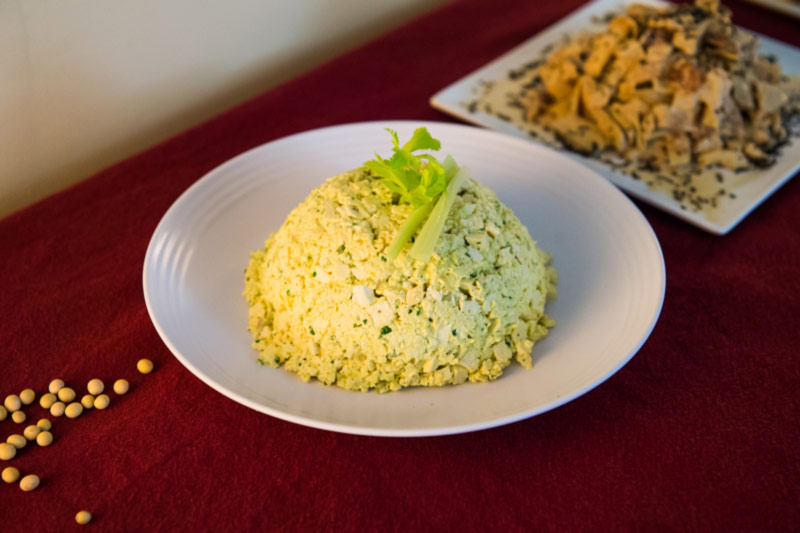 Soy is one of the most popular legumes in the world, and most of it is consumed in China and Asian countries. In the Western world has become an integral part of the vegan and vegetarian food, and everything is more common and the standard menus. However, there are still many misconceptions about the foods in which many people believe.

Therefore, we present you the four most common myth concerning soy and maybe that will forever change your mind about it!

Myth 1: Soy is a good source of protein

About 100 grams of soybeans contains about 35 percent protein, which is more than in cow’s milk. In addition, the strain contains all the essential amino acids, which is considered its proteins same as the proteins of the meat. However, tofu contains considerably less protein, and should not be equated these two foods – say experts.

Myth 2: Soy products that mimic meat are nutritious because they are vegetarian

Shaping anything that would look like chicken nuggets, sausages or pork steak soy, usually involves the processing and adding different additives. Many of these products therefore contain high amounts of fats, and salts thereof, in order to resemble the taste of meat. Like any other food, which is a strain close to its natural form, it is healthier.

The fact is that certain types of breast cancer is favorable hormone estrogen, which components of soy can mimic the body, but there is no direct connection between soy with cancer. Most studies that examined the impact of soy on tumor growth performed on rodents, that different people metabolize isoflavones from soy. In all long-term human studies are found links of predisposition to breast cancer and regular intake of soy, but rather the opposite – its moderate intake reduces the risk of cancer.

Because soy can mimic estrogen in the body, there is a misconception that men diet with soy may reduce the total amount of the male hormone, testosterone. However, to deny the clinical study and practice in Asian countries, where men often eat soy. In addition, it has been proved that a strain belonging to the stronger half reduces the risk of prostate cancer. However, experts say that with any kind of food should not overdo it, not even with soy.