From these foods you will surely get the stomach

Nobody likes to have a big stomach, but other than that we do not look too sexy, fat on the belly that you can actually endanger your health. The fat can actually put pressure on the pancreas, and numerous studies have shown that people who have deposits on the stomach have a higher risk for a heart attack. So see from which foods you will surely get the stomach. 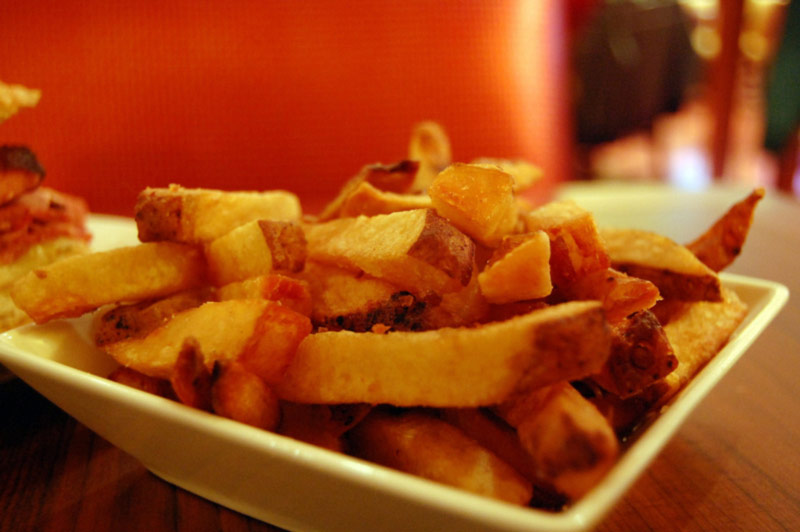 From refined sugar level jumps in blood sugar, which leads to accumulation of fat. Sugar also affects the immune system, and the human body harder to defend against bacteria and infection. So, not only is it unhealthy, but proven results in the accumulation of fat around the abdomen.

It’s pretty hard to avoid carbonated drinks, because they are often the only choice at parties and parties. However, literally destroy your body if you drink these juices often because they are full of unnecessary calories – and have almost no nutritional characteristics. If you regularly drink soda, you will eventually get the stomach. It’s far better option ordinary water, a little taste you can add a slice of lemon.

Tasty fried chicken and french fries are among the favorite “naughty treats”, but if you often eat food like this you can expect an inch extra around the waist. This is the food delicious, but it is full of sodium and trans fats, which are glued to his stomach.

Try to reduce your intake of white carbs, if you really want to have a flat stomach, because these foods are lethal to the waistline. Instead of white flour and rice, use wholemeal foods, which are made from whole grain. White carbs have been processed, and therefore they are quickly processed. and stored as fat.

You do not say without a reason”beer belly”, but the truth is that there is no big difference if you overdo it with beer, wine or ferocity. It is true that excessive consumption of any alcohol leads to accumulation of fat in the abdomen. In addition to slowing down the process of decomposition of fat, alcohol, and also speeds up the aging process. Alcohol brings a lot of empty calories, and so we should avoid it.

Food with lots of sodium

Foods that have a lot of salt, you should avoid for many reasons, health and aesthetic. Specifically, they retain water in the body, which is why your belly may look bigger and more bloated. Therefore, it is probably the easiest, but for some the hardest way to quickly reduce stomach simply reducing the use of salt in the diet.

Previous: The best spices in autumn
Next: Vitamin E for health and beauty