Speed up your metabolism, lose weight and gain more energy

After 25 years the metabolism slows down from 5 to 10% every decade. There are simple and effective ways to speed up the metabolism, and positive changes in the work of the whole body will almost immediately notice. 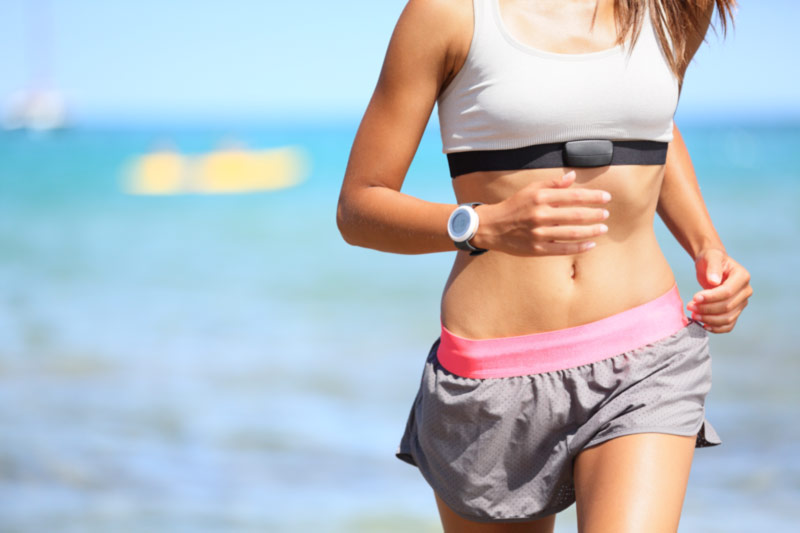 Breakfast give a signal the body that it’s time to wake up. It has been shown that frequently skipping breakfast increases the risk of obesity and metabolism slows.

One cup of coffee a day can speed up the metabolic rate by 5 to 8%. Coffee drink without sugar or milk. If you’re not a fan of coffee, drink green tea.

The increase in total physical activity during the day because it stimulates fat burning. Studies have shown that people who sit restlessly have a faster metabolism than those who sat quietly. Take every opportunity to move.

Reduce portions and eat more often. It will encourage you to keep your metabolism working, reduce the risk of sudden changes in blood sugar levels and maintain steady energy levels throughout the day.

Increase protein intake to help you energy level during the day remains stable, and that metabolism work unhindered. The body will expend a lot more energy to burn off protein than you would spend on burning fat and carbohydrates.

Saturated fatty acid will increase the scale of poor (LDL) cholesterol, and simultaneously decreasing the level of good (HDL) cholesterol.

Spices speed up the metabolism, especially spices like pepper, cinnamon and cumin. If your daily diet incorporate these spices, reduces the risk of excessive accumulation of fat.

Spend time under the sun

Vitamin D deficiency increases the risk of metabolic syndrome, which ultimately slows down your metabolism. How would your body had sufficient levels of vitamin D, regularly spend time in the sun and eat fish, dairy products and eggs.

Increase the percentage of muscle mass

Your body burns calories even in a resting phase, and muscles consume more calories than fat. Increasing the percentage of muscle mass is the best way to speed up your metabolism.

One way to increase the percentage of muscle tissue and speed up your metabolism is to start working exercise power.

Sleep is the body needs to regenerate and recover. It is recommended that every day you sleep 7 to 8 hours. When your body lacks sleep, it increases levels of stress hormones, which can cause the craving for snacks. Lack of sleep can stimulate the accumulation of fat, impair the balance of insulin in the body and increase the risk of developing diabetes type 2 diabetes.

What to watch out for?

Drastic diets and starvation slows metabolism. Starvation is the fastest way to lose weight, but you will be back soon kilograms, and metabolism will probably be slow.

Be aware of the alcohol consumption

Alcohol represents a toxin to the body, the body does not store it and trying to get rid of as soon as may be, during which slows down your metabolism. Alcohol increases cortisol levels and encourages the accumulation of excess weight.

Once cortisol levels rise, the body begins to accumulate fat instead of wasting them. Find a way to relax. This can be a meditation, deep breathing or exercise.