Why should you eat cocoa beans

Cocoa beans are for the chocolate lovers well known and most of you know that they are one of the most popular treats in the world. But did you know that the very grain of raw cocoa is edible and very healthy? Here are a few very good reasons why you should consider instead chocolate  start to nibble cocoa beans. 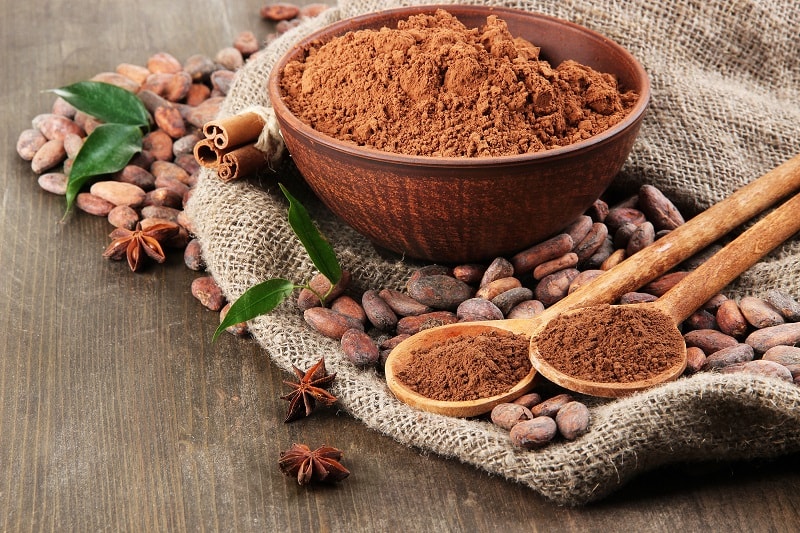 The nutritive value of cocoa beans

Approximately 30 g of the prepared cocoa bean contains only 130 calories, 13 grams fat, 10 grams carbohydrates, 3 grams of protein. These beans are one of the richest dietary sources of magnesium, and contains calcium, iron, copper, zinc and potassium. Cocoa beans contain 272 milligrams of magnesium per 100 grams. Magnesium is an important mineral, and for many people is often recorded just his lack. Magnesium plays an important role when it comes to the health of nerve and muscle function, bone strength and circulation, and because it our bodies can not produce alone, it is very important that we take through supplements.

Studies have shown that cocoa beans contain more antioxidants than blueberries, red wine and tea zelnog. It is important to note that the antioxidants in the cocoa beans is much more stable than in the other ingredients and to result in more easily assimilated in the organism.

From nibbling delicious cocoa beans we have many additional benefits on the overall health of the organism.

It raises the level of energy. These grains contain a substance called theobromine, a stimulant of the central nervous system, which has the same effect on the energy and caffeine. If you do not have the strength to work, come to an end, rather than drink another cup of coffee nibble cocoa beans.

It improves mood. This probably is not a complete surprise you because it is known that it has the effect of chocolate. Cocoa contains tryptophan amino the acid which produces the neurotransmitter serotonin. Increased levels of serotonin in the body positively influences the mood and relieves anxiety symptoms. Nibbling cocoa beans is released and endorphin, a natural opiate that is in our body and endorphins is what brings a sense of happiness and a sense of intoxication. That feeling is well known chocoholic.

Relieves symptoms of PMS. Lack of magnesium in the body resulting in increased symptoms of PMS, which can alleviate cocoa beans. Even 40 woman admits that during PMS feels incredible need for chocolate, and the reason could be the very lack of magnesium, which will replace the cocoa beans. On the other hand, nibbling cocoa is definitely a healthier option would satisfy the desire for chocolate.

Improves circulation. Cocoa is a rich source of flavonoids, a powerful antioxidant that is important for good circulation. Flavonols support the prevention of blood clots and creating a blockage in the arteries by preventing the oxidation of fat in them. Flavonols make the blood less sticky which reduces the risk of heart attacks and strokes.

Improves blood cholesterol levels. In cocoa are the same monounsaturated fat as in olive oil that have been shown raise levels of good cholesterol in the blood.

Previous: Use one shade of lipstick in five different ways
Next: An unusual way to treat pain caused by arthritis