Experts tell us that yoga acceptance of obstacles that await us and regular prenatal exercise in safe position prevents a bunch of problems associated with pregnancy and positively benefit the baby. However, research that would have proved the allegations have not existed. 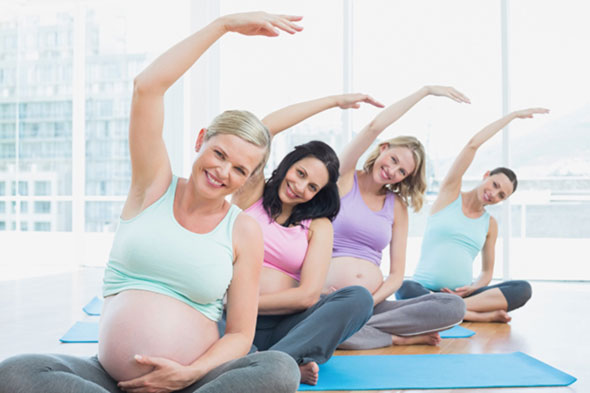 Researchers from Children’s Hospital of Cincinnati joined forces with “Vivekananda Yoga Research Foundation” in Bangalore, India, and doing research including 335 women, aged 18 to 35 years, who every day during the second and third quarters of an hour or walking or about yoga. The researchers found that women who were involved in yoga had half as likely to give birth prematurely (14 versus 29%), and had lower rates of caesarean section (23 vs. 33%) than women who were in the walking group. “Yoga Moms” are also on average had lower blood pressure and better fetal growth.

The progress that is seen in those women who were involved in the exercises of stretching, breathing and meditation, is possible due to the increase in blood flow to the placenta, reduce stress hormones, which is transmitted to the fetus, reducing the premature release of hormones that could trigger premature labor, or perhaps all three.

What to look for

Avoid Ashtanga, Bikram (hot yoga), and Power yoga styles and positions that put pressure on the abdomen or involve jumping, twisting, or lying on your back.

You have to know what you can expect

Any course that you choose must be gentle and involve permanent changes in standing or sitting postures, breathing exercises and relaxation techniques.

Previous: Yoga against depression?
Next: Strength exercises are best for flat stomach