To be in good shape, women are generally opt out for running. But, did you wondering how would be good to spend equal time, get better results and spend more time in socializing? If you are wondering how, the answer is simple: play soccer! 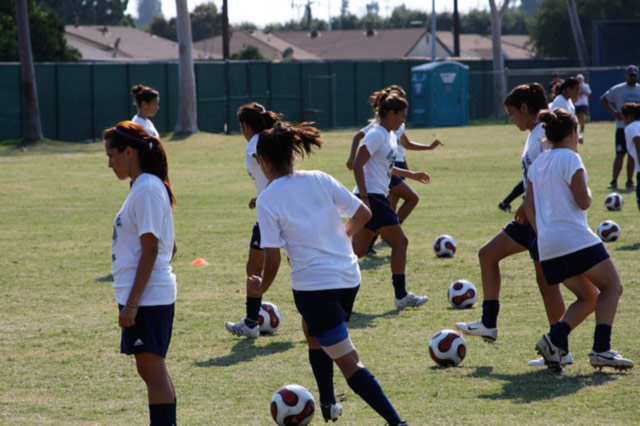 For better form there is a more efficient way of running. Believe it or not, soccer is not healthier only for body, also for the psyche, soccer encourages the spirit of competition and friendship, while increasing overall strength.

Professor Peter Krustrup from University of Copenhagen made ​​an experiment with the participation of 100 women who had previously not been in sports. After completing two years of study, the inference is that women soccer players have progressed almost twice that of women who just ran. Furthermore, soccer players showed improvement in endurance and oxygen consumption, which is an indication of increasing muscle mass and body condition of complete. Also, the motivation is strong in soccer players, because this is not just a mere maintenance of the line, but about relaxing, fun and fellowship.

While playing soccer you will not only run, but will turn, roll, think about the moves, which covers both cardio and physical training. Studies have further shown that women inthe same teams remained in contact after the experiments, and it seems that men really know why.

After all, imagine the reaction of your beloved when you join him while watching the game and start to deal with soccer terms. He will not only be shocked, but chances are so much charm, his view is not gonna be focus on screen,  but you.

Previous: 6 reasons to run your fitness diary
Next: Less well-known rules of healthy diet: Mashed potatoes removed from the menu!