Don't Miss
Home > Health & Happy > Why the human body is a magnificent machine?

Why the human body is a magnificent machine?

It’s amazing to what it’s capable human body. The potential of your body is bigger than you think! Some facts seem unbelievable, but true, most of these miraculous process is now taking place in your body. 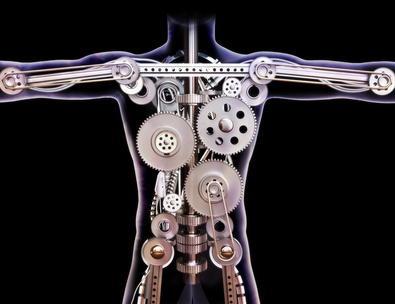 Speed ​​of nerve impulses that travel to and from the brain reaches up to 250 kilometers per hour.

Our body every month completely changes the old with the new skin.

Some people, especially women, have the ability to see a wider range of colors than the average person. Most people have three types of color receptors, but some have 4 or 5..

People have the best endurance when it comes to long-distance running.

With each kilogram of fat or muscle, within a few meters of new blood vessels.

The power of human bones can be compared with the strength of granite.

When we love, our bodies release the same level of neurotransmitters and hormones that are released when the body is under the influence of amphetamines. Common symptoms are loss of sleep and appetite, a feeling of excitement and rapid heartbeat.

The muscles around our eyes, which are responsible for focus, move about 100 000 times a day.

When a pregnant woman is experiencing some sort of organ damage (heart attack), the fetus can help in the recovery process because it sends stem cells damaged organs.

Have you ever wondered what is inside your belly button? It contains thousands of bacteria that can create an ecosystem.

If the operation of the human brain compared with the work of the computer, then we can say that the human brain can perform about 38 000 operations per second. The most powerful computer in the world performs only 0.002% of it.

It has been shown that loneliness can cause physical pain and that is because man is a social being. The man instinctively avoid loneliness in order to prevent the feeling of pain.

Every 13 seconds in the human body can produce millions of new cells.

A man lights up in the dark. The problem is that the light emitted by the human body in the dark about 1000 times weaker than that of the human eyes can see.

Blood through the cardiovascular system daily travels around 12 000 kilometers.

Crying reduces the feeling of anger or sadness.

The chemical composition of tears differs depending on the reason for crying.