Don't Miss
Home > Food & Recipes > What is matcha powder and how to use it?

What is matcha powder and how to use it?

Matcha is a kind of green tea, whose leaves are dried and turned into powder, which is considered one of the most natural products to increase physical endurance and energy. 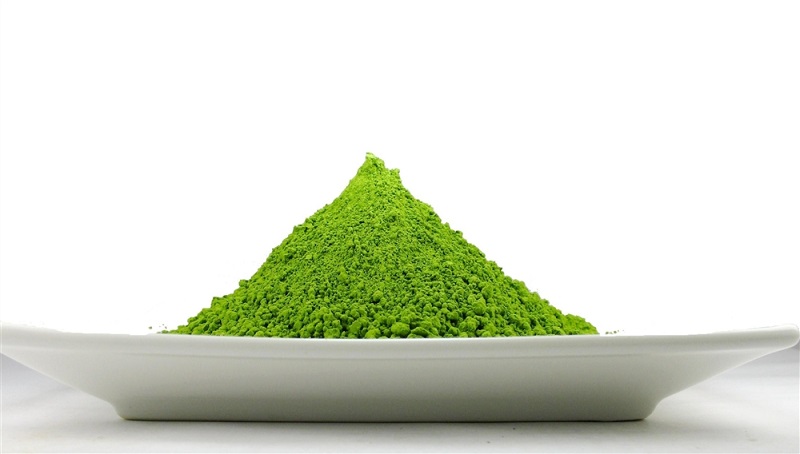 They prepare it from the traditional Japanese tea ceremony, and more than 800 years of Zen monks use it during meditation.

The plant grows in shady places during the spring, the bushes are covered before harvest to prevent direct sunlight. In this way it slows the growth of leaves and they get a darker shade of green. Leaves workers picked by hand and leave them in the sun to dry. As the drought, the leaves are slightly curved and, the plant in such a condition called Tench. After her remove veins and stems, tenchu ​​converted into a powder, which is called matcha.

This powder can raise the energy level during the day, in addition to almost no calories. Great purifies the body and is a good supplement during diet, because at the same time strengthens the metabolism and burns fat. Studies also show that a match can help you burn calories four times faster. No side effects, does not harm the body, does not increase blood pressure, …

With this powder you can remove toxins, heavy metals and impurities from the body. Since it is grown in the shade, matcha is richer in chlorophyll than other green teas, and because of that is superior to cleanse the body.

You can buy in health food stores and plants whether you use it for detoxification, weight loss, or even food coloring.

We bring you a recipe for matcha ice cream.

You will need: 1.5 cups of milk, 1.5 cup liquid cream, half cup sugar, 2 to 3 teaspoons of matcha powder, 1 tablespoon of hot water and 1 teaspoon vanilla.

In a bowl, mix milk and sugar with electric mixer and whisk until the sugar is melted. Mix the matcha powder and 1 tablespoon of hot water and add to the mixture of sugar and milk. Add the liquid cream and vanilla, all mix well. Put ice cream in the freezer overnight.

Previous: Matcha powder smoothie: Why you should try?
Next: Exercises for prevention of disc herniation